Arrival Gwalior Airport & Station Railway station transfer to Hotel, Check in and relax for some time, move to explore the city of Forts. Visit Gwalior Fort. “Gwalior Fort is a hill fort near Gwalior, Madhya Pradesh, central India. The fort has existed at least since the 10th century, and the inscriptions and monuments found within what is now the fort campus indicate that it may have existed as early as the beginning of the 6th century” later experience light and Sound show at Fort. Return to Hotel for a Night stay. Gwalior Fort Light and Sound Show Timings, Entry Fees and Duration

Morning after breakfast drive to Khajuraho, on the way stop drive to Orchha to visit the The Royal Chhatris at Bank of Betwa River, Visit Jahangir Mahal and later at 08:00 PM drive to Ram Raja Temple “This beautiful Ram temple has an intriguing history behind it. The Idols which were supposed to be installed in the magnificent Chaturbhuj Temple were kept on the ground where this temple now stands. But once kept on the ground, the idols could not be budged. This marked the place holy and a temple was constructed where the idols were kept. Ram Raja Temple has a serene architecture, adorned with a marble courtyard and colorful walls” In India this is the only temple where Lord Ram is worshiped as a king and that too in a palace. A Guard of Honor is held every day, police personnel have been designated as Guards at the temple, much in the manner of a king

Later Drive Khajuraho The Light and Sound show on the Western Group of temples complex the reminds the life and times of the great Chandela Kings and mark out the story of the exclusive temples from the 10th Century to the present day. The 50-minute fascinating show is held in every evening and it runs in Hindi and in English.

Morning after breakfast visit for local sightseeing of places in Western Group, Kandariya mahadeo, The largest and most typical temple is dedicated to Lord Shiva, Chaunsath Yogini is the only granite temple and the oldest surviving shrine of the group. Eastern Group, Parsvanath, Ghantai temple, Adinath temple etc. In the evening return back to the hotel for dinner and night stay.

Transfer To Panna Park Afternoon Enjoy Panna National Park is situated in the central Indian state of Madhya Pradesh, at a distance of around 57 km from Khajuraho. The region, famous for its diamond industry, is also home to some of the best wildlife species in India and is one of the most famous Tiger Reserves in the country. The park is known worldwide for its wild cats, including tigers as well as deer and antelope. Due to its closeness to one of the best-known Indian tourist attractions in India, Khajuraho, the park is recognized as an exciting stop-over destination. In the evening return back to the hotel for dinner and night stay.

Morning and transfer to Jabalpur hotel. After get ready drive to Bhedaghat which is known for Marble rocks and upon arrival enjoy boat ride between white marble rocks, later visit to see stunning Dhuadhar water fall. Overnight stay at hotel

After Breakfast Drop at station or airport

There are no reviews yet.

Be the first to review “Khajuraho tour package” Cancel reply 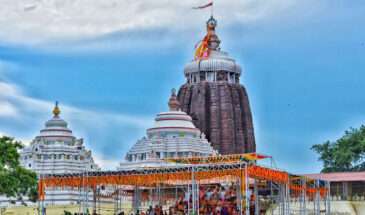 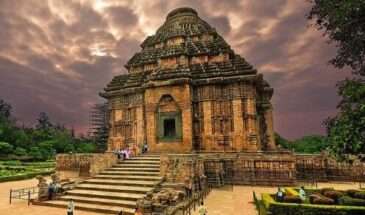